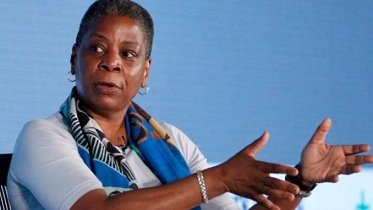 Ursula Burns has served as Chairman of the VEON Board of Directors since July 2017 and as Executive Chairman since March 2018, during which time she has successfully introduced a simplified corporate structure including a leaner operating model along with an increased focus on emerging markets.

Ursula Burns said: “I am honoured to be appointed Chairman and CEO of VEON. The company operates in a diverse group of markets, with growing populations and rapidly increasing smartphone ownership. This clearly presents a host of growth opportunities for VEON as we seek to build on the positive momentum that we are seeing across the business. I look forward to continuing to lead VEON towards more success and increased shareholder value.”

“The Board has been impressed with Ursula Burns’s performance and leadership of the Company. The management team are clearly working well together and focused on delivering against strategic priorities. Ursula Burns has led VEON through a major transaction in the sale of its Italy joint venture for $2.9 billion and overseen a period of solid quarterly operational performance. We are confident that with her as Chairman and CEO there will be further improvements across the business,” commented Sir Julian Horn-Smith, a director on VEON’s Board.

On 27 March 2018, Ursula Burns became VEON’s Executive Chairman following her appointment the previous year as Chairman of the Board of Directors. Ms. Burns has extensive international experience of large companies confronting technology change in their industries.

She was Chairman of the Board of the Xerox Corporation from 2010 to 2017 and Chief Executive Officer from 2009 to 2016. She is a director of the boards of Exxon Mobil, Nestlé and Uber.

President Barack Obama appointed her to help lead the White House national program on Science, Technology, Engineering and Math (STEM), and she served as chair of the President’s Export Council.

Ms. Burns also counsels other community, educational and non-profit organizations including the Ford Foundation and the Massachusetts Institute of Technology (MIT) Corporation. She is a member of the National Academy of Engineers and the American Academy of Arts and Sciences. Ms. Burns holds a master’s degree in mechanical engineering from Columbia University and a bachelor’s in mechanical engineering from Polytechnic Institute of New York University.