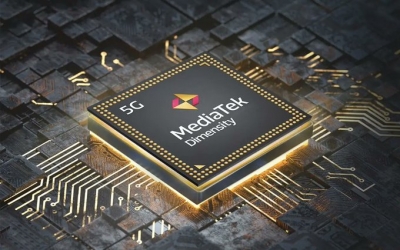 The MediaTek Dimensity 9200 will use ARM Cortex-X3 cores and Immortalis G715 GPU. ARM Cortex-X3 is claimed to offer a 25 per cent performance boost over the Cortex-X2, citing a tipster, GizmoChina reported.

While the clock speed and architecture have not yet been announced, the performance of the chipset is said to be much higher than expected.

The chipset will still be based on TSMC’s 4nm process node and could use the same Cortex-A710 and Cortex-A510 cores as before.

It is said to power the upcoming devices in Vivo’s X90 series and OPPO’s Find X series.

The Dimensity 9200 SoC is expected to give a tough fight to the Snapdragon 8 Gen 2 SoC, which is also slated to debut in November.

It is likely to appear in various phones from Vivo and OPPO in December, much sooner than its predecessor.

Earlier this month, the company had launched its newest Dimensity 1080 chipset for 5G smartphones.

The chipset comes with an upgraded octa-core CPU with two Arm Cortex-A78 CPU cores operating at up to 2.6GHz, combined with an Arm Mali-G68 GPU, that boosts performance for uses like gaming, streaming or browsing.