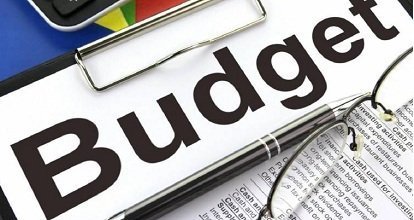 Current government initiated many schemes for companies, like Startup India, Make in India, Digital India, for FDI, and also committed possible supports to implement modern technologies like Blockchain, AI, Cloud based system and cyber securities. IT and Technology leaders has supportive expectation from budget 2019, as this is last budget from NDA government and Lok Sabha election 2019 also approaching fast.

Technology leaders share what are their expectations from budget 2019

“We need to sustain our global competitiveness and ensure continued support to the start-up ecosystem. We need to further improve the ease and cost of doing business in the country by enabling a feasible policy and tax framework. In expectation from Budget 2019, we hope to see more initiatives towards the training and skill development of our youth, thus, addressing the employability issues in crucial next generation technologies such as Artificial Intelligence, Blockchain, 5G, Machine Learning, and Cyber security. Additionally, continued thrust to the Digital India program is essential”.

“We also hope that the government cuts corporate tax rate to 25% across the board to spur growth. To amplify Make in India initiative, now is the time for the government to encourage product companies by introducing incentives which help them become globally competitive and take product innovation to the next level,” he said in his pre-budget 2019 expectations.”

“The announcement of Union budget is just around the corner with discussions & debates being conducted around it. There is hush-hush regarding the assumptions when everyone is expecting a positive release. As far as digital is concerned, besides the allocation of budgets on Digital Infra Development, there is a need to initiate a few reforms. Digital is the fastest growing sector of India & should be highly benefitted from the Union Budget.

As per my understanding, budgets should be allocated to PSUs for investing in digital marketing. This will lead to a win-win situation as for the organization the digital mediums will help gain recognition & support. While the digital agencies will spread awareness & educate the audience about the benefits of the organization. Even the digital organizations paying taxes dutifully should be recognized well & given the right opportunities to flourish.

Even on a personal level, the entrepreneurs who are platinum taxpayers should be given certain advantages as a reward for their contribution towards the nation. Any individual paying heavy taxes on time should be entitled to such benefits which could be in the form of a card similar to the other identity cards we have. This will not only be a welcomed move, but it will also ignite the zeal among the others to be a part of that category thereby benefitting the country.
However, what the budget is going to be will be interesting to witness & I hope for some reforms that help the digital sector in various ways.”

As expectation from budget 2019, he said, “Players in the IT Industry are excited about Union Budget 2019-20 as this will be the current government’s last budget before the general election. Expectations from IT sector is bit high as the ruling government has been focusing on making India a digitally empowered country since 2015 and has undertaken many initiatives in order to implement the vision. For the year 2019, we are bullish that the union budget will focus more on Smart cities and Digital India initiative in order to shape the IT infrastructure and increase adoption of technology to encourage digitization.”

“From this year’s budget we are expecting reduced duties on IT networking products. There should be a strong domestic manufacturing policy favoring global companies to invest more in India. The budget should reassess the preferential market access policy and ensure that honest tax paying citizens are given privilege and preference.”

“In the last few years, Fintech has already begun transforming the Financial Services ecosystem in India and while the Government’s intent to provide an enabling environment is clear, the industry hopes for further ease in policy and processes. As the hotbed of the next billion Internet users, Fintech companies would increasingly look at serving rural India. Increasing digital transactions penetration would require concerted awareness efforts and it is hoped that the budget would account for incentives to companies looking to invest in and grow this market.

As data security and privacy becomes increasingly critical, it is expected that the Government, through the budget and other policy measures, would balance this against the commercial realities of viably operating in the Fintech space and thereby bring in valuable information and benefits for the consumers at large. Finally, an issue that is broader to the startup and unlisted companies – angel tax. The interim budget would hopefully reconsider provisions of the Income Tax Act as applicable to investments in unlisted companies by investors. This shall provide much-needed relief to the startup space and promote innovation, which is one of the current requirements for the Indian economy.” This what he has expectation from 2019 budget.

“The government launched the Startup India scheme in January 2016 and the scheme has played a pivotal role in establishing the startup culture in the country. It has also helped in improving the Ease of Doing Business ranking of India by 30 places in the latest World Bank’s report. In addition to these initiatives, we hope that the 2019 budget would bring in more tax sops for companies that create software intellectual property (IP) in technology platforms, software products or software solutions amongst others. Such companies require very high initial investment and often go through a long gestation period before they can expect results and positive outcomes. The Government of India can give benefits and tax breaks for IP creation, and encourage selling such technology platforms, products and solutions in overseas markets. It should also give priority for using them in the applicable government entities. This truly reflects the theme of Make In India and helps in generating additional employment opportunities as more IP gets created and usage increases.”

When we asked about his expectation form 2019 budget, he said, “With initiatives like ‘Digital India’, ‘Make in India’ and ‘Personal Data Protection Bills’, Government has certainly put India on a Digital Innovation fast track. With Budget 2019, we require government to create policy frameworks that incentivize big businesses to invest in manufacturing locally in India. Further, we would also expect the Government to remove the day-today hurdles and obstacles faced in implementation of these initiatives.

Government had provided for non-deduction of withholding tax on reselling of software licenses – primarily considering the very low margins in this trade and the fact that resellers are not making any changes to the licenses purchased from the OEMs. With the changes in technology – pure play software licenses are being replaced by a bundled package – Azure, Amazon web services, etc. (Together referred to as “Cloud Services”). However, the concept largely remains the same – Resellers are not making any changes to these bundled packages and the margins are also very low. Would urge the Government to come out with specific notification to extend the scope of the term “Software” as defined under NOTIFICATION No. 21/2012 [F. No. 142/10/2012-SO(TPL)] S. O. 1323(E), DATED 13-6-2012. Another area on implementation is to remove the bureaucracy and speed up the process of refunds – on Income tax as well VAT/ Service tax refunds.”

“India is seeing rapid adoption of technology within the government, businesses and amongst its people – most visible in government services, education, healthcare,  financial services, entertainment and information via mobile devices, extending beyond interpersonal communication.

With the ubiquitous hyper connectivity and horizontal integration of technology across all walks of life, it is not surprising that cyber security threats featured amongst the top four risks by the World Economic Forum in its recent report. India is not immune or an outlier to this trend. Hence, it would be best to design, develop and deploy an integrated cyber security and response strategy at every level and especially so, in the critical infrastructures including banking, energy, telecom and smart cities.

The budget should mandate setting aside 10% of the respective technology budgets for every government project to be invested in cyber security, as per the recommendations of the NASSCOM Task Force set up in response to the Prime Minister’s behest. In addition, the data protection law should be expedited, albeit via further consultations and aligning the same with the global best practices.” 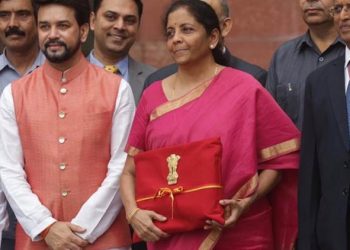 IT Industry Leaders Reaction on Budget 2019 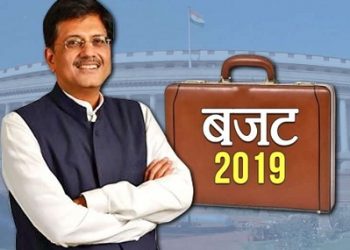 Budget 2019 Highlights, and Reaction from IT Veterans

Budget 2019 Highlights, and Reaction from IT Veterans