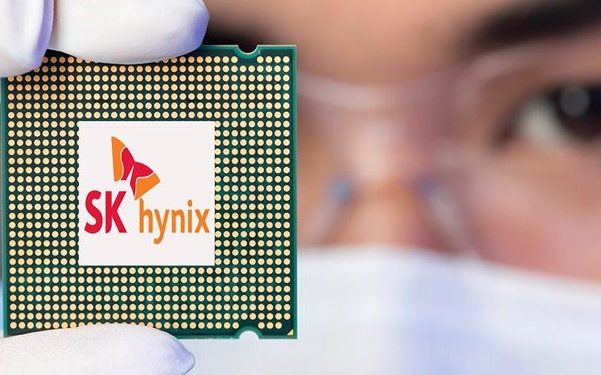 SK hynix Inc reported its third-quarter earnings on Wednesday, falling short of analysts’ expectations on the top and bottom lines amid a cyclical downturn of the global semiconductor industry.

The chipmaker’s third-quarter net income was 1.1 trillion won ($769.4 million), down 66.7 percent from a year earlier, according to a regulatory filing.

Operating profit for the three months ending in September came to 1.65 trillion won, compared with 4.17 trillion won a year ago. Sales fell 7 percent to 10.98 trillion won.

The earnings missed market expectations. The average estimate of net profit by analysts was 1.83 trillion won, according to a survey by Yonhap Infomax, the financial data firm of Yonhap News Agency.

SK hynix makes most of its profits from selling memory chips, but the macroeconomic woes, including the ongoing war between Russia and Ukraine, soaring inflation and rising interest rates, led consumers to tighten their spending on electronics products that need such semiconductors.

“Revenues fell quarter-on-quarter as both sales volume and price decreased due to sluggish demand for DRAM and NAND products amid the worsening macroeconomic environment worldwide,” the company said in a statement, adding, “Operating profit also decreased due to greater price drops than cost reduction.”

A highly cyclical chip industry has entered a downturn following a strong, pandemic-fueled boom for the past few years as demand soared for chips that power every electronic product from smartphones and computers to cars.

The world’s second largest memory chip maker noted “an unprecedented deterioration in market conditions” amid market uncertainties as “the shipments of PCs and smartphone manufacturers, which are major buyers of memory chips, have decreased.”

Given the uncertainties, the chipmaker said it would cut its investment by “slightly more than half” next year from this year’s volume, estimated at the upper range of 10-20 trillion won.

“We are also considering some scenarios where the capex reduction could be higher than that, but for now, the plan is to be slightly over by fifty percent,” Noh Jong-won, SK hynix chief marketing officer, said during an earnings call, citing a “precipitous fall” in demand.

He said investment reduction would be made evenly on infrastructure and equipment spending and between DRAM and NAND flash products.

It also plans to reduce the production of relatively less profitable products gradually, the company said, adding it will reallocate fab equipment and reconsider the product mix “in order to improve efficiency of fab operations in the long-term.”

The company warned of “possible wafer capacity loss” and slower tech migration during the process. But it said it will continue investment deemed critical for its future growth in areas such as DDR5, the newest memory module with increased memory capacity, and research and development.

On the export curbs on advanced chips and chipmaking equipment into China by the U.S. government, Noh called such decision “painful” for the company in doing business and running production operations in China.