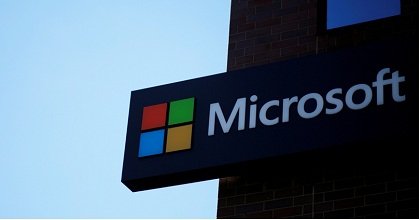 Microsoft reported a 14 percent drop in net profit for the first quarter of 2023 (July-September), while revenues went up 11 percent amid a global decline in PC sales.

“In a world facing increasing headwinds, digital technology is the ultimate tailwind,” said Satya Nadella, chairman and CEO of Microsoft.

“In this environment, we’re focused on helping our customers do more with less, while investing in secular growth areas and managing our cost structure in a disciplined way,” Nadella said in a statement late on Tuesday.

“We continue to see healthy demand across our commercial businesses including another quarter of solid bookings as we deliver compelling value for customers,” said Amy Hood, executive vice president and CFO of Microsoft.

The loss in net profit is majorly due to a decline in the traditional PC market as global shipments totaled 74.3 million units during the July-September period, a year-over-year contraction of 15 percent, according to the IDC.

Revenue in More Personal Computing was $13.3 billion and decreased slightly.

Nadella said that “nearly half of the Xbox Series S buyers are new to our ecosystem.”