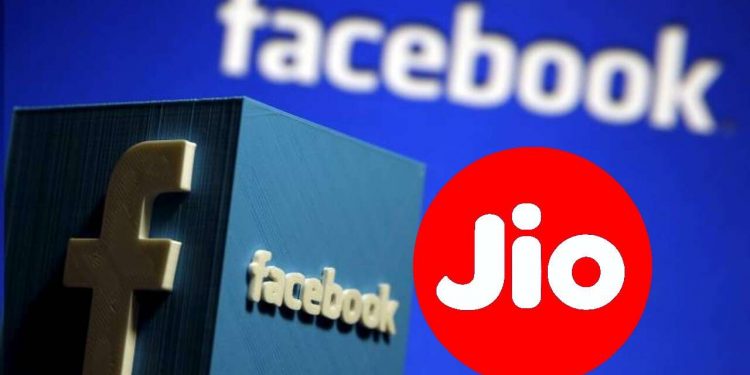 US-based Facebook has a strong presence in the Indian market, and Now it has invested USD 5.7 billion for a 9.99% stake in one of the top business tycoon Mukesh Ambani’s Reliance Jio. Reliance Jio, which is a subsidiary of India’s largest industrial group Reliance Industries.

The Facebook investment on Reliance Jiodeal will make Facebook the largest minority shareholder in Jio Platforms and help social media giant a firm foothold in the Indian market. The investment will help Mukesh Ambani-owned RIL to reduce its debt burden.

Facebook and Reliance Jio, in separate statements, said that they will work together on some major projects to open up commerce opportunities for the Indians.

Last year, Reliance said it would turn Jio into a new digital services company by funding nearly USD 15 billion, possibly attracting investors in the run-up to an eventual listing. The Reliance Jio and Facebook come after Microsoft signed a 10 years deal with Reliance in 2019 to boost the data centers with its Microsoft Azure cloud in India.

In March 2020, the duo was reportedly in a discussion to develop a new super app in India. The new platform will enable users to do the shopping and make payments, similar to WeChat. According to the Economic Times, It is also expected that the upcoming platform will allow users to play games. The article also highlighted that the discussions have been delayed due to COVID-19. Since Reliance Jio began its journey, it has quickly risen to become the largest telecom company in India, with more than 370 million customers.

The Facebook investment will help reduce Reliance debt burden, which bulged due to the breakneck expansion of Reliance Jio and other businesses. Mukesh Ambani invested approx USD 40 billion to launch Jio in 2016. RIL also became the most significant retail player in the Indian market that has made a series of aggressive expansions into consumer-facing businesses such as e-commerce and grocery.

India has risen as an important market for Facebook and its messaging platform WhatsApp, which has approx 400 million users in India. Internet users in the country is anticipated to grow about 850 million by 2022: as per the consultancy PwC, up from 450 million users in 2017. Facebook’s WhatsApp is about to introduce a payment service platform. Despite the rapid growth of Facebook and WhatsApp, Facebook faced a tough time with its Free standard plan to provide free internet services after a ban telecom regulator TRAI. It now has an established an ally with an established rural network on its side that is present in industry ranging from telecom to eCommerce to home internet.

The Facebook and Reliance deal will also help Facebook battle rapidly growing Chinese apps like Tiktok, which has attracted a section of the Indian population, mostly the millennials. It can also counter other US giants like Google, Amazon, and China’s Alibaba with this move.

Also Read: Working from home: lessons to maintain leadership during the lockdown

Also Read: COVID-19 Impact on the Insurance Industry, Does My Insurance Cover Death Due to Coronavirus?

Also Read: Tools For the Employees to Boost their Productivity While Working Remotely